Your scripts have been selected for the second round of the competition by our first set of readers !

FEATURES
(in no particular order)
How soon is now : Andrew Muir
Mary and Dyonisus : Iannis Aliferis

Our board of readers (see below) will now evaluate your scripts.
The production company will decide on the basis of their evaluation and on technical criteria which script they will produce
(one short, one feature or only one script)

Discover our board of readers !

4 very different readers all commited to art and involved in storytelling. 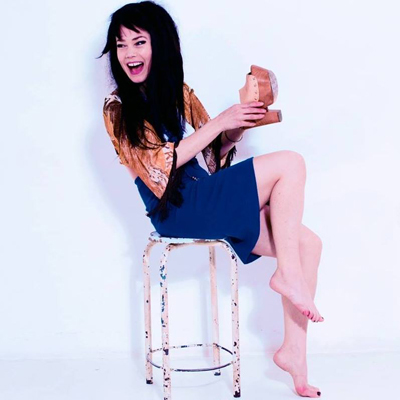 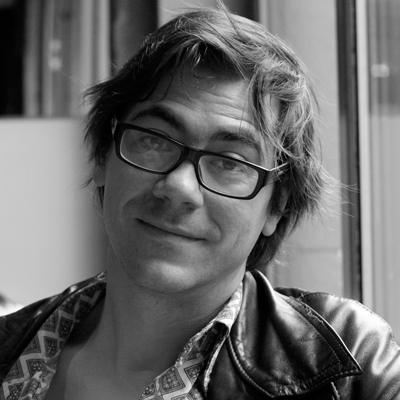 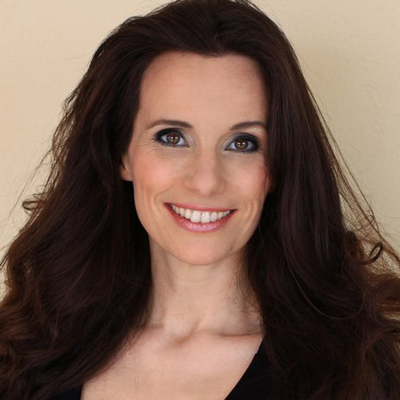 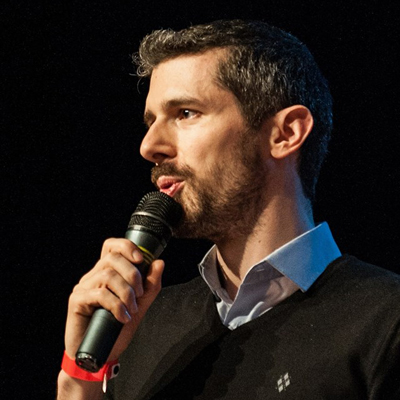 Brisa Roché is an American singer/songwriter based between Northern California and Paris.
She has been writing, singing and producing music for seven features among which Yves Saint Laurent by Jalil Lespert and, most recently, SONAR by Jean-Philippe Martin, in theatres June 7, 2017.
One can often hear her as a guest on France Culture being interviewed about the Beat Generation, American poetry and current events.
Recently, she performed original music and spoke about creative process at the Centre Pompidou in Paris surrounding the current comprehensive Walker Evans exhibit May 2017.

Brisa Roché’s fifth album, INVISIBLE 1, was released in June 2016.
An EP and video entitled LIT ACCENT came out May 5th 2017, to be followed by another EP ‘Bost and Bim’ June 30, 2017.
At ease manipulating a broad range of musical genres, the grain of her voice, her succinct and emotive writing and her visual charisma make her easy to identify.

Richard Brouillette is a film producer, director, editor and programmer.
Richard Brouillette has always been very active in Québec’s independent film community, participating in militant actions and devoting himself to the cause of artist-run centers. Since 1993, he has also sat on the Boards of various organizations, including Main Film (2002-2015). He is currently part of the Boards of Cinema Politica, and l’Amicale de la culture indépendante.

Starting as a film critic for the Montréal weekly, Voir, he then worked for Québec’s top independent distribution company, Cinéma Libre for 10 years. In 1993, he founded the artist-run center La Casa Obscura, a multi-disciplinary exhibition space.

In 2014 he won the CALQ Award for Best artist of the year in Mauricie.

Brigitte Hool is a Soprano opera singer with an outstanding career. She sang for the last few years at la Scala di Milano, and l’Opéra Comique of Paris, the Capitole in Toulouse, the Operas of Lyon, Lausanne, Bordeaux, Modena, Nice, Tours, and Vichy, and has been touring Japan (Micaela, Carmen) and Brasil (concert arias of Mozart and Vier Letzte Lieder of STRAUSS).
She has been directed by Claus Peter Flor, Ion Marin, Jérémie Rohrer, Maurizio Benini, Giancarlo del Monaco, Jérôme Savary, Omar Porras, Micaela, Arnaud Bernard… and many others.

But beyond being a very well known opera singer, she has recently written “Puccini l’aimait”, a book about Puccini’s most intense love story, retracing beautifully the circumstances of his life as a composer, a man of society and a lover.
This book has been published in the prestigious publishing house “L’âge d’homme” and has enjoyed unending success since the day it came out.

She was awarded with the Trofemina prize in Paris in 2010 out of 25 other artists, sports people and management creatives, electing her the most promising woman and artist of French speaking Europe in 2010.

She was awarded with the Prix Culturel Vaudois in 2008.

She was issued a Grant of Merit by Mirella Freni who taught her afterwards and invited her to sing at her 50th Birthday Gala.

Mathieu Dochterman is a theater critic for the magazine Toute la culture and 800 signes another culture magazine in Paris.
Despite spending lots of time in theaters in Paris and all over France, he is also trained in storytelling and in creative writing.
In fact, he is passionate about stories, all of them – books, plays, films.
His love for theater has lead him to become a semi-professional theater actor.
Mathieu Dochterman has a degree in «Law» and in « international Law » from la Sorbonne in Paris and Surrey University USA as well as a PHD in Law from la Sorbone in Paris. He teaches « law and marketting » in various schools in Paris.

Do you have a great script but are struggling to get it produced? This is your opportunity to have your script produced by an International Production Company, and the film to be entered into festivals, and even marketed to distributors.

DEADLINE : April 30th midnight.
PRIZE : 3% of the global budget of the film
(standard contract for a film script that includes author rights in Switzerland)

Swiss production company, Inredproduction are looking for short film or feature scripts to be written to professional standards. The film will be shot by a professional crew in the locations shown in the video below.

If you are living in Switzerland for at least two years and are of any nationality, or if you are of Swiss nationality living abroad and you are a writer AND director, you can of course apply with your script and your director’s cv and showreel (you must have shot at least one feature, or have won several prizes for shorts).

Approximate duration of the finished short film would be 10-18 minutes whilst the feature should be of standard length. If your feature is not ready yet, you can also send us a synopsis between 15-40 pages.

Inredproduction are open to all genres.

we are primarily looking for two handers (script featuring two main roles) suitable for the two actors mentioned below (click on actors’ photographs to see bio, reel and cv).
For the short film it may be possible to include a small additional part if it is essential to the story. For the feature, the idea is to have 5-7 actors maximum including the two actors below.

We are primarily looking for a contemporary, rural setting, or a music studio in the countryside. (click on image to get the location reel and photographs of the music studio).

SEND YOUR SCRIPT, WITH YOUR RESUME TO : films@inredproduction.ch

Janine trained at ‘Les Enfants Terribles’ in Paris, and with the prestigious European ACT (Actors Centre &amp; RADA – London; Stadt Theater Mitte – Berlin; Comédie Française – Paris). Her career began on stage before getting hired in a French web-series which lead to films in France, Germany and Switzerland.

Janine is multilingual, with excellent French, English, Italian, and German, she also has a working use of Spanish and Japanese. This talent for languages gives her the opportunity to work in different countries on a regular basis.

Cinema
Janine was the lead in Faeryland that had its cinema release in September 2016. It features her discovering an animal traffic and lab experimentations and trying to put everything down. She has also sung some of the songs in the film. The film won the Medor for the best film supporting animals in 2016. It is distributed by Gitano films.

More recently, she was the lead in the short, ‘L’interphone’ directed by Thierry Pradervand in German and English, and will be in the French short, ‘Bacha Posh’ directed by Katia Scarton-Kim and pre-bought by Arte.

Stage
Janine was lead as Alice, in ‘The Truth’ written by Forian Zeller (BAFTA winner for ‘The Father’) and directed by Elidan Arzoni for the Alchimic theater in Geneva. And the Angel in ‘L’oubli des Anges’ with the company Interface.

Scriptwriter and Director
Janine won two prizes for her first film, ‘To The Stars’ (30 min) in which she stars as Stella. The film, issued in June has so far had 20 selections in festivals throughout the world.

Janine’s film ‘Frictions’ came third in the pitch competition at the Cannes film festival. The script is now finished and will be produced by Inredproduction later this year.

Astonishingly, she has a Masters in biology and worked as a tropical biologist in rain forests while she was starting her acting career. 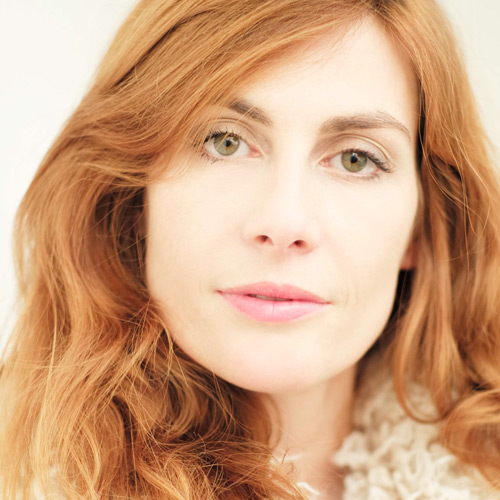 Martin trained at NW5 Theatre School in London, followed up by a two year Meisner course with Scott Williams at the Impulse Theatre Company. He continued his training at the Actors Centre and the prestigious European ACT (Actors Centre/RADA/Comedie Francaise/Stadt Theatre Mitte).

Stage
Martin was acting in theatre before and after Drama School performing with Outside Edge Theatre Company for three years. The company worked with real life stories and devised shows.

He has performed in many plays including “Blackbird” in last years Brighton Fringe which received great reviews.

Cinema and TV
Martin was the antagonist in “Unwelcome” a psychological horror. He has worked extensively in TV docudramas.

Martin is a ‘working actor’ who has learnt to turn his hand to any form comedy, classical, interactive, live or recorded, even puppetry. He has his own company HamsterJAM Productions Ltd that produces, writes and performs historical and mythological based entertainment, and he is known as one of the foremost storytellers in the UK.

He also runs Brighton Meisner, a company that produces workshops based around the Meisner Technique, past clients being the University of Chichester and Outside Edge. He has a reputation as one of the best teachers of the technique in the country.

Martin also has a degree in Theoretical Physics from Kent University. 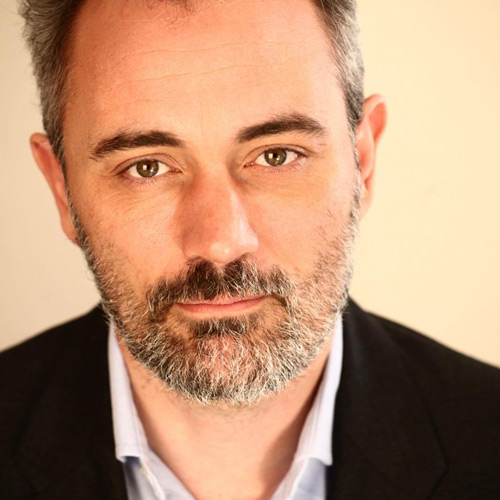 For the insides, the production can rent the church the two small houses, the apartment shown in the location video posted below, and the music recording and mixing studio of THE PLACE (visit the website here) 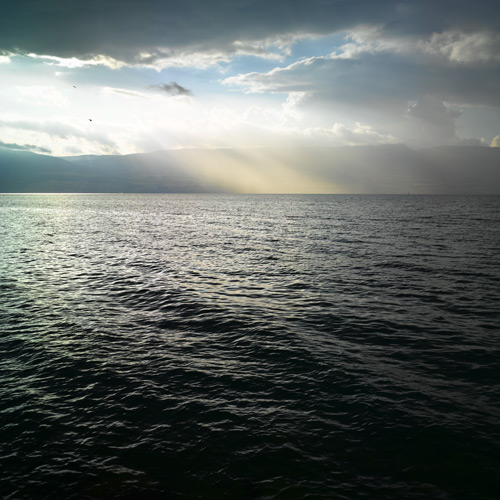 SEND YOUR SCRIPT, WITH YOUR RESUME TO : films@inredproduction.ch

Be creative, but make sure your script is achievable within a low budget. (write for present day, no historical films with expensive costumes, no helicopters or space ships, and no green screen,…)
Please make sure you look at the biographies of the two actors, their showreels, and the location showreel to check the suitability of your script before sending it.
Submissions are only open to writers fluent in English.
Some suggestions for inspiration include:
Two people on the run ; two recluses who cross paths ; someone escaping a hectic life in the city ; a musician recording an album ; Europe (Brexit, social themes…) ; a horror story in a forest ; a love story ; an alien or fantastical story ; a story centred around a farmer ; someone in hiding ; a kidnapping…

You can view the trailers of the different projects we have produced by clicking on the links on our main page by clicking on Home.
They might give you an idea of our editorial style.